The Case of the Leaden Coffin (Blackguard Rogue Book 1)


Bravely he charge at the evil device and vainly struck it only to be consumed by a shapeshifting pile of refuse. He friends said a silent prayer and decided not to investigate. Reported by: Mark Burnie 8th Level Cleric - Bludgeoned to death by the party's barbarian dwarf with a large hammer. Didn't help that the dwarf thought he was flighting a Vrock demon at the time.

The dawrf then proceeded to try the same thing on the party's magician who actually had the common sense to run away.


On meeting his first purple worm he stood bravely and tried to disbelieve it while the rest of the party ran worm food. He survived, but not for too long. The valiant Ranger would soon meet his death. The party opened the door to the crypt with the key they had found and were soon attacked by the black skeleton We were not amused. Reported by: Kraig Kun-Chao , A monk who stayed alone in the "Ogre room" at level 2 as his group tried to defeat them from the door, not noticing how badly Kun-Chao was wounded, he was brought from 2 hp to hp in one hard stike of an ogre club Submitted by Torsten.

He almost impaled the groups thief on his sword before slicing his own throat. Ashrem Male Halfling Rogue8 The peridot that was Zelkor's phylactery unfortunately housed Ashrem's soul when the players destroyed it. No resurrection for that boy. Sharn Male Elf Druid8 Once Zelkor had control of Sharn's body, he politely walked up to one of the Iron golems and let it grab him and slam him into the wall til his brains were so much goo.

Dogood Male Dwarven Cleric5 Scramge's illusions are especially wicked, for they target the glue that holds a party together, the healer. Dogood, in Scramge's Vrock guise, was summarily dispatched by his own party And I was right, because they killed themselves. A brave lad as well, for it was him who tried to save the party from the "shit" monster by leaping into it with two vials of poison To reward his selfless and foolhardy attack, the party retreated.

Cannon Fodder Hastily made Male Elven Fighter 3 - After his entire party was stunned by Filaar's Dust of sneezing and choking, Cannon took it upon himself to try to save them all. Phadian Longreach Male Half-elf Sorcerer 3 - Having completely exhausted his spells on earlier encounters with a Gelatinous cube and a roving pack of ghouls, Phadian was just suggesting a nice rest for the party to regain hitpoints and spells when they were ambushed by Filaar and her band.

He decided to run forward and try to help the fighters when Filaar unleashed her magical dust. The poor bastard was gnawed to death by dire rats nice and slow like, hacking and coughing between his ragged screams Silvermane Male Dwarven Fighter4 - This noble and humble dwarf met his end as many warriors would wish to Stunned by Filaar's wicked dust, Silvermane was thought to be an early loss as he was swarmed by dire rats and wererats alike.

But, no matter how much they stabbed and bit, he would not fall.

Even when he regained his senses and his comrades fell all around him, he did not turn tail and flee. Instead he screamed out his greatest war cry and leaped at the nearest wererat, severely wounding it with his greataxe. Live or die, Silvermane would not leave his friends. Unfortunately, endless bravery is not immune to cold hard steel The wererats took advantage of his sudden attack to outflank him and pierce him to the core with their swift and bloody rapiers.

However, as the only survivor of the party lived to tell, when Silvermane fell, blood streaming from his lips After feeling good about defeating Saracek, the party ended up making it to Level 3. They made a miraculous search check and found the secret door leading to the Arch-Mage's tomb atop the stone formation rm The entire party was turned instantly insane, turning on each other and finally meeting their demise below to the Purple Worms Needless to say, I was not popular as a DM that night.

Heh heh heh. She found Marthek the insane barbarian and ran back, trailing the berserker. N stood up to the new threat and the session ended then. The next week we start again and the first roll was Marthek taking N's head off with a double critical. One resurection later, they head back and find Sarecek the skeleton warrior. N heads to the front and brings Sarecek down to 5 HP before taking over points in one hit. Scurge , Hobgoblin Paladin. Perished at the hands of green gargoyles after claiming he could 'catch up' with the party and enter RA by himself.

Reported by : Necrolagnia. Wood work , elven rogue, destroyed by green slime AFTER being warned that it was covering a rat carcass. The party was running from the dung monster and he ran with them. They were ambushed by wererats, and so died the unamed rogue. Winning initiative isn't always a good thing. Their was a grave stone with his name on it waiting for him just outside in the graveyard.


Kanen aka. One of two half-orcs in the party, both of which were turned into wererats from an encounter only days before. Jade was killed in wererat form by fellow party member Bethain. Reported by : Joe. Bethain halfling Cleric Kyree half-elf Sorcerer Sleeping through the combat Bethain had with Jade, Kyree awoke just as his cleric friend fell to the second wererat.

Dentrue human Rogue Killed before the wererat attack. Having navigated the spiked-ball-o-death between rooms and with matrix-like ease, Dentrue was infested with no less than three rot grubs before camping Ten minutes later, Dentrue began coughing up blood and lost 4 Con. Bethain cast lesser restoration on Dentrue which only restored 2 of his lost Con. Bethain had been infested with the vermin earlier and noticed them in time to cut the worms out, and this became her plan for Dentrue.

Bethain gave Dentrue a stick to bite down on, laid him in the casket that previously held the infested female corpse, and cut Dentrue from neck to gut to neck in an oversized U shape. He immediately passed out from the pain and subsequently died when Bethain pealed his skin over his head to "get a better look".

Killed by being swept to the 9th level of the Dungeon while trying to jump the underground river in the rat lair. Felt urgent need to make the jump as they were running from Dungie. Reported by : Taylor. She encountered ten dire rats in their lair and fled after being flanked. Only to miss her jump roll and swoop to the deep dark dungeon. Sucked into the dung monster while trying to rest to regain spells. Poor sod never made it out. Melted by acid. Died fighting the good fight against dungie.

Made her Reflex save or a Strength save to escape grapple 6 or seven times. Actually broke free of dungie but was snared in an attack of opportunity. Her last vision was of her friends and comrades fleeing while she is pulled in one last time. Killed by confused barbarian at beginning of third level. Reported by :Taylor Barent Lockerhelm , Dwarven cleric, 7th level. Swallowed by purple worm.


Knocked unconscious by first attack. Ground to pulp the next round. 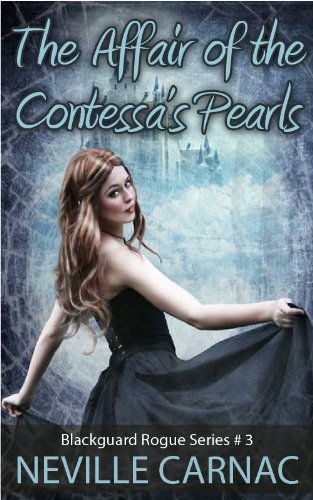 Reported by :Taylor Orion , 6th level human fighter. Killed by second level cleric of Orcus and another despicable death touch. Reported by :Taylor Our infernal news service has been hot on the crystal ball this morning as they reveal that the meat grinder dungeon Rappan Athuk is in full swing. Dozens of fresh graves have appeared outside the dungeon this past month showing that the greed of adventurers knows no bounds.

Having recently joined the party he was informed that there were some very nasty orcs in the neighborhood.